​China celebrated the 20 years of scientific ocean drilling in China

China celebrated the 20 years of scientific ocean drilling in China

2018 is an important year for the scientific ocean drilling program because it represents that the revolutionary process of systematic collection of samples from ocean crust has been continuously playing a significant role in understanding the Earth system for 50 years.

Year 2018 also mean a lot for scientific ocean drilling in China since it is the time to look back the past 20 years since China jointed the Ocean Drilling Program in 1998 and look forward in to the future of the IODP-China’s 3-step strategy. For this goal, the IODP-China Scientific Committee and the IODP-China office hosted several events.

The Symposium on the 20 years of Ocean Drilling in China

IODP-China Scientific Committee and the IODP-China office convened the symposium in Nov. 8-9 at Beijing China with a total of 126 attendees including government representatives, scientists and journalists. 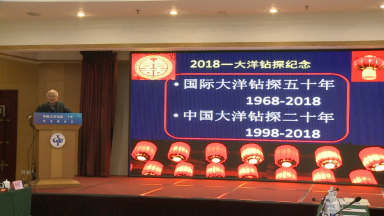 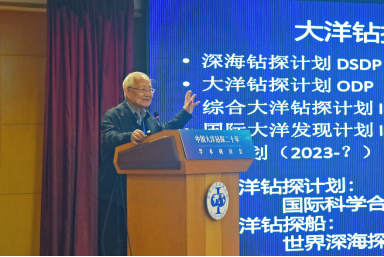 A talk given by Pinxian Wang, academician of CAS and the consultant of the IODP-China Scientific Committee 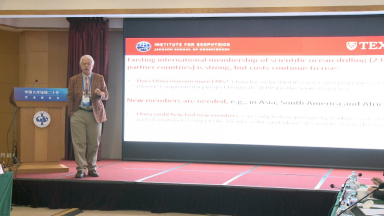 James Austin giving a talk entitled The 50 Years of International (Scientific) Ocean Drilling:  Does a Successful Half Century Prepare Us for a Bright Future?

When the deep ocean drilling projected started in 1968, China was in Culture Revolution and the development of science and technology was almost suspended. The reform and opening-up started from 1978 opened a new chapter of China’s economy and society, but China took 20-years efforts to become a member of the Ocean Drilling Program, the world’s largest international collaboration of Earth science. In the followed 20 years, Chinese scientists, as co-chief scientists, designed and implemented four expeditions in South China Sea; more than 130 scientists from 34 institutions in China have participated the ocean drilling expeditions; more than 120 students were benefited from the ocean drilling samples and data; and more than 120 research projects (including national “973” or “863” projects and NSFC projects) were based on the data and samples of the ocean drilling program.

China is willing to contribute more to the IODP

2018 is the year to start the second step (2018-2022) of the 3-step strategy of IODP-China’s development. In the second step, China is aiming to become a new platform provider, i.e. to build the fourth core repository and laboratory, to host the IODP forums and symposium on the new IODP science plan, and to implement a CPP expedition in Sunda shelf. Meanwhile, studies on the global monsoon in long-term records, evolution of the west Pacific structure and the deep biosphere are discussed in the symposium and considered to be the research fields with priority for IODP-China after 2023.